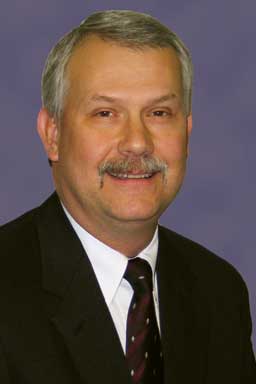 I have always been a fan of Jim Collins and his books, Built to Last1 and Good to Great.2 In both, Collins brings forth the concept of “big hairy audacious goals” (BHAGs) and the role they play in great companies. The term BHAG is really quite descriptive and needs little explanation. A BHAG is way outside of your comfort zone. Just the thought of it should create angst due to the risks and probability of failure. At the same time, however, a BHAG is so gripping that it grabs your attention. The allure of success is persuasive enough to draw immediate attention and support.

Back in 2007, I had the pleasure and honor of delivering the Howard Dunne lecture at the AASV Annual Meeting. During that presentation I mentioned the prospect of porcine reproductive and respiratory syndrome (PRRS) elimination from the US swine herd as a possible BHAG for AASV. Today I believe it to have even more potential as a BHAG. It is still as scary, hairy, and audacious as any goal I can imagine. Failure still looms like the wall cloud of a summer thunderstorm in Iowa. Despite the risk, just imagine how your life as a swine veterinarian will be different without the effects of the PRRS virus. It does grab you, doesn’t it?

Is the AASV ready to embrace the elimination of PRRS as a BHAG? Probably not yet, but I believe we are closer to that goal today than 4 years ago. The realist in me has to state up front that this is not a BHAG for AASV alone. For success to even be possible, it is a BHAG for the entire industry. Everyone in the industry has to have a clear and compelling reason to support PRRS elimination. Otherwise it will be a BHAG based on the audacity of a few and not on the understanding and will of many. The legendary coach, Vince Lombardi, once stated “The difference between a successful person and others is not a lack of strength, not a lack of knowledge, but rather in a lack of will.” Unless there is a shared commitment to a BHAG, then the lack of will is an immediate barrier to success.

There are a number of building blocks being set in place as the foundation is laid for a PRRS BHAG. There are now a number of regional PRRS elimination and control projects underway in North America. These projects are bringing veterinarians and producers together in a quest for better swine health on farms and in regions. There is tremendous potential for new knowledge to be derived and shared from these efforts. The first discovery arising from these projects is that starting a project is hard work! From the initial setting up of the projects to sustaining them requires resources and continued commitment from all involved.

The AASV PRRS Task Force is discussing and considering how AASV can best further the efforts of the regional projects, as well as achieve the long-term goal of PRRS eradication approved by the board in 2005. I remember well the reception Dr Scott Dee and I received at a meeting that fall with pork producers. Let’s call it a polite but complete and forceful rejection of the idea of PRRS eradication. Now, however, there is a different reception of the idea. Many producers have acknowledged the value in PRRS elimination, both on a farm level and within a region. Producer support is absolutely critical in any effort such as this. Without it, we might as well focus efforts elsewhere.

Part of the discussion within the task force and AASV leadership is the role of existing AASV staff and the possibility of adding new staff. Enhanced communication and coordination between the regional projects is one opportunity. Another is the gathering and dissemination of new knowledge arising from PRRS elimination and control projects as well as from other research projects. All AASV members, whether involved in PRRS elimination projects or not, can benefit from such knowledge. Finding the human and financial resources for additional staffing needs may be a challenge.

Outside of AASV, one brutal fact that we must acknowledge is the lack of public funding for animal-health research, including PRRS. We are nearing the end of the PRRS Coordinated Agricultural Project (CAP) funding that has been in place since 2008. This funding has been focused on developing and delivering tools and knowledge that can be used in the control and elimination of PRRS. The expiration of PRRS CAP will further exacerbate the lack of funding. A joint effort by AASV, National Pork Board, National Pork Producers Council, and the research community has begun to look for ways to continue a stream of public funding for PRRS research.

Committing to a BHAG such as the elimination of PRRS is a monumental decision. I cannot predict the tipping point for such a commitment. I am, however, optimistic that we will indeed reach that tipping point. My optimism is driven by the growing number of regional projects, the impressive veterinarians and producers committed to PRRS elimination, and the creative researchers dedicated to improving swine health. All of these positive factors point to an emerging energy within the pork industry aimed at our common enemy, PRRS.