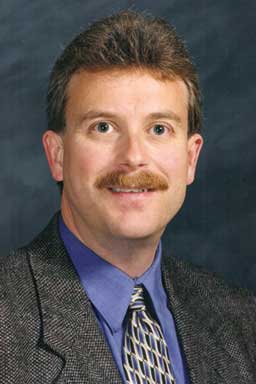 The Executive Committee of the AASV spent June 27 and 28 in Washington, DC, meeting with regulators, legislators, and researchers to discuss issues of interest to swine veterinarians. Drs Randy Jones, Tara Donovan, Matt Anderson, Paul Ruen, Tom Burkgren, and myself, along with the leadership from the American Association of Bovine Practitioners, were hosted by the Governmental Relations Division of the American Veterinary Medical Association. This annual meeting is an excellent opportunity to offer continued stakeholder input.

The FDA is currently evaluating the comments received in response to their recent Federal Register announcement requesting input on the functionality of the VFD and its possible use as a model for increased veterinary oversight of feed-grade antimicrobials. It is apparent through Guidance 209 and discussions with FDA that the agency’s objective is to eliminate the growth promotant use of antimicrobials considered important for human health. Every indication is that FDA would like to utilize an existing mechanism to implement increased veterinary involvement in the use of feed-grade antimicrobials of human importance. Currently, there are only three mechanisms regulating antimicrobial access: Over-the-Counter, Prescription, or VFD. Given the likelihood that additional antimicrobials and additional livestock species would be impacted, FDA is willing to modify the VFD to improve its functionality. The next step is the publication of a proposed rule for the VFD issue and a final draft of Guidance 209. It is doubtful that there will be any substantive changes in the final version of Guidance 209.

Regarding the potential cephalosporin ban, Dr Flynn indicated that the agency was continuing to work on the final revisions. Regulators are exploring different approaches that would restrict practices considered harmful while continuing to allow veterinarians some flexibility to use cephalosporins to treat animal disease. The implication was that a complete ban was unlikely, with additional restrictions being more focused in nature.

The AASV leadership also questioned the recent shift of the CVM within the organizational structure of FDA. Previously, the Director of CVM had reported directly to the Office of the Commissioner. The current structure buries the CVM under the Office of Foods along with the Center for Food Safety and Applied Nutrition. The group expressed concern that this move would serve to marginalize issues associated with animal health and veterinary medicine.

APHIS continues to suffer significant budget reductions. If the current proposed House budget is adopted, it will result in a $120 million reduction over a 2-year period ($900 million to $780 million). In the proposed budget, cattle health is funded at $99 million and swine health at $23 million.

The animal traceability program will receive only $8 million in the proposed budget. Agency estimates indicate that the program needs at least $14.6 million to function as designed. Dr Clifford stated that the agency is committed to the traceability program and will find the money to ensure it is adequately funded. Of course, that means the money will have to come at the expense of some other program. The animal traceability rule requiring mandatory animal identification for animals moving interstate is “close to being published.” After publication, it will be open for a 60-day comment period. The AASV leadership noted that swine producers are currently beginning to adopt the official PIN tags to identify cull sows and boars going to market, but expressed concern that these tags were not being collected at slaughter.

In other activities, Dr Clifford expressed continued support for the move to a comprehensive and integrated swine surveillance system. The USDA has purchased a database to track surveillance data and is currently adapting it to meet the agency’s needs. The influenza surveillance program was the initial step in that direction, but obtaining the necessary funding for continued expansion will be a challenge.

The other key meeting for the group was with Dr Deborah Sheely, Assistant Director of the Institute of Food Production and Sustainability at the National Institute of Food and Agriculture (NIFA) to discuss the future of the Porcine Reproductive and Respiratory Syndrome Coordinated Agricultural Project (PRRS CAP) program. The AASV leadership invited PRRS CAP research leaders Drs Bob Rowland and David Benfield and swine industry representatives Dr Paul Sundberg and Bobby Acord to join us for the discussion. The PRRS CAP projects are funded through Dr Sheely’s institute. Funding for PRRS CAP will be discontinued in 2012, so we took the opportunity to describe for her the impact PRRS has had on the swine industry and the value of the research funded through the PRRS CAP program. We expressed our desire to see this funding continue beyond 2012 if possible.

In addition, the group also met with swine researchers from the Agricultural Research Service (ARS) and NIFA to discuss the priorities and direction for swine health and production research in the face of dwindling research funding. We had an opportunity this year to meet with senior ARS leadership to discuss budgetary concerns and research focus. Congress has proposed a 12% to 15% reduction in funding. ARS leadership indicated that they felt that all animal health programs would be secure unless there were additional funding cuts. The agency would be forced to close some of the more than 100 laboratories located across the United States and would explore areas of “cost avoidance” within infrastructure and maintenance expenditures.

The AASV leadership also had an opportunity to meet with their individual legislators on Capitol Hill to discuss legislation and funding concerns associated with swine health and production.